The Kitsch Style and the Age of Kitsch (N. Elias) 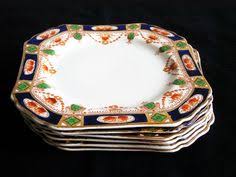 "[...] It has sometimes been said that the eighteenth century was the last to have a 'style' at all. And indeed, hardly has anyone dared to entertain the idea of a capitalist style that the doubts set in: Can one still speak of a 'style' in this context? It seems clear the the rise of bourgeois professional and industrial society was marked not only bu the replacement of one aesthetic, one 'style' bu another, but by the collapse of a coherent set of typical expressive forms. The aesthetic productions of capitalist society therefore tend to be described, far more than earlier ones, in relation to the single creative individual, or at most to various schools and tendencies. The existence of a unified development of forms and of common, typical basic structures, in short, of a 'style' of artworks in he capitalist world, remains more or less obscure. Names have been found, at most, for episodes in this development, for example, the so-called Jugendstil. A more comprehensive name is lacking, and the problem itself has hardly yet emerged into our consciousness.

If the term 'kitsch style' is used here to fill this gap, that may seem like a piece of eccentricity or even a malicious depreciation of the art of our time. In reality, the choice of this term is anything but a tendentious whim. For if we look beyond the general terms 'capitalist' or 'liberal' for underlying concepts expressing what is uniform in capitalist aesthetic idiom, after much sifting of terms which are either colourless or imply a positive evaluation, one comes across this term as one of the very few which express a pervasive feature of capitalist aesthetic products. To be sure, the term 'kitsch' is unclear enough in common usage. But if it can and should mean anything more than a random generality to embrace the concrete phenomenon which underlies its topicality in our day, then its content and boundaries must be sought in the evolution of aesthetic form within bourgeois society. That the peculiarity of an age first becomes visible from a negative aspect is certainly not without precedent in history. Originally, terms such as 'Baroque' or 'Gothic' did not have much more positive ring than 'kitsch' has today. Their value-content changed only in the course of social development, and - without giving undue weight to historical parallels - the term 'kitsch style' is sent on its way here with the same likelihood and expectation that its value may change, and to help prepare for such a change. it is used, first of all, to designate the stylistic character of the pre-war period. But no one is able to say whether we ourselves are not still 'pre-war' - that is, more closely tied to the pre-1914 period, when seen in a historical perspective - than appears to us today from our close, foreshortening viewpoint.

What the term 'kitsch style' is intended to express first of all is an aesthetics quality of a very peculiar kind, namely the greater formal uncertainty inherent in all artistic production within industrial society. This can already be seen in the very early stages of the bourgeois-capitalist era. For to begin with liberal-bourgeois society certainly did not express itself in entirely new forms. Ornamentation persisted, and Empire and Biedermeier were clearly descendants of the old court style. What was lost, above all, was the certainty of taste and of the creative imagination, the solidity of the formal tradition which was discernible earlier in even the clumsiest products. Outburst of feeling of unprecedented intensity shattered the old forms; groping for new ones, artists produced some well-formed works but, to an unprecedented degree, others marked by an extreme want of clarity and taste. In this groping, this coexistence of high standards with a total lack of standards, not only in different artists but often in one and the same individual, the change structure of the artistic process found especially vivid expression. For even the most capable artist the lapse into formlessness now became an acute and constant threat. Every successful, fully-formed work was now wrested from the abyss to a quite different extent than had been the case earlier, when a firm social tradition both fettered and sustained the creative urge. [...] Kitsch in the negative sense, therefore, is never only something antagonistic existing outside the true creators, but is also a basic situation within them, a part of themselves. This incessant interpenetration of structure and disintegration is a feature of the lasting regularity to be observed in industrial society. [...] The powerful accentuation, the peculiarly artificial and sometimes almost convulsive intensity of form characteristic of some of the greatest modern artists, expresses, fundamentally, nothing other than this insecurity, this unabating struggle against formlessness and disintegration which even the most accomplished artists have to wage today. [...] So much, in our age, has dilapidation become a constitutive element, decisively affecting even the positive aspect of artistic works. And, as we can see, the re-evaluation of kitsch as a positive concept begins at this point."